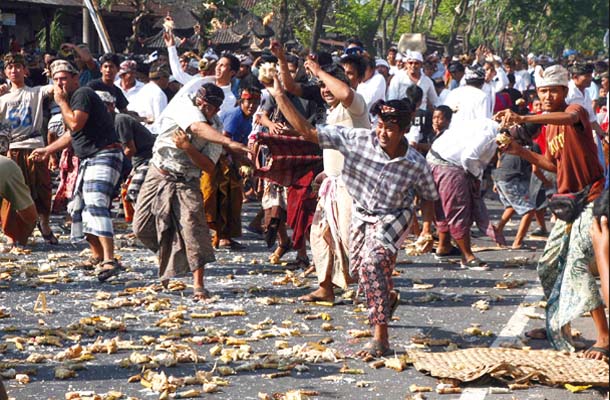 The tradition is annually held with the aim to invoke the prosperity of the community, especially agricultural land. In this war of tipat, citizens are divided into two groups. Then, they carry a rhombus to each other. They threw the rhombus together when they obtained the instruction. “This tradition has existed for a long time and was carried out for the first time in 1339 which is the beginning of this tradition.” The Balinese universe was led by King Ida Sri Astasura Ratna Bumi Banten at that time. Then, the king sent his patron named Ki Kebo Taruna or Kebo Iwa came to repair Purusada Temple on the Ship. When his arrival,  Kebo Iwa saw the most of the people of the Ship farming, however, the villagers of  ship were affected by a disaster and a famine season.  Then, Kebo Iwa begged for the god who resides in Purusada Temple. He got guidelines to carry out the ceremony as an offering to lord of Shiva. “The offering was realized by bringing together the purusa and predana symbolized by   tipat (cooked rice wrapped in a square-shaped woven coconut leaf) and bantal (cooked rice wrapped cylindrical shape made from coconut leaf ) therefore, the tradition of aci tabuh rah pengonon was born. The meeting between purusa and pradana  will give a birth to the new life. 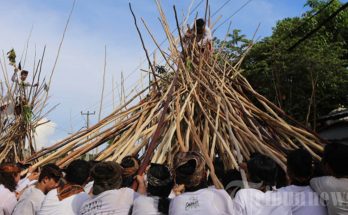 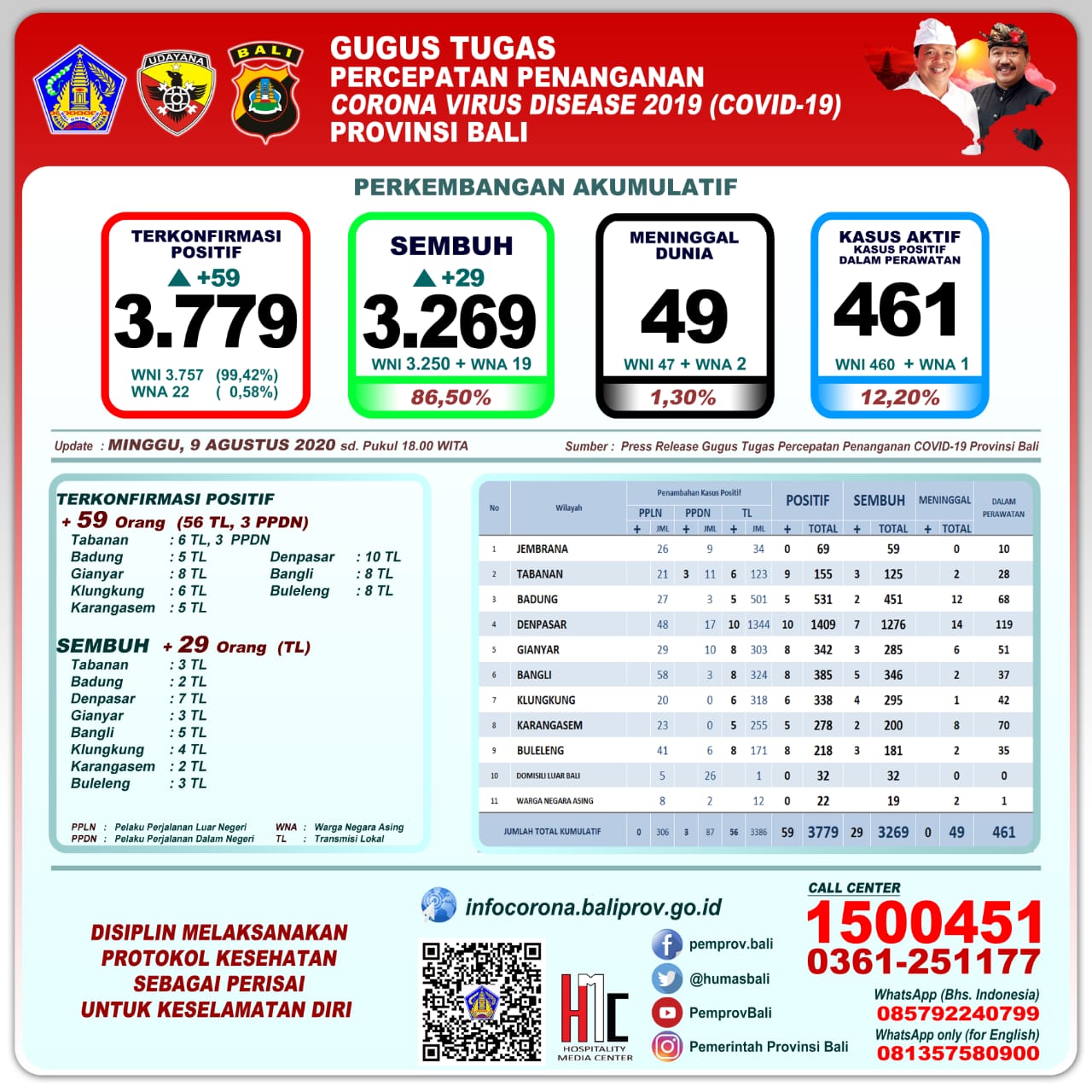