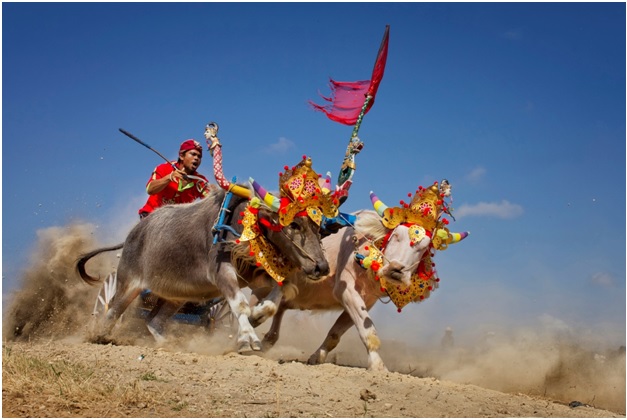 As an agricultural area with a population that mostly the local people work as farmers, Jembrana Regency is also known for its buffalo population developed by the local community. Previously, buffalo was used for plowing the fields and tillage before the rice planting season. This work is usually carried out in mutual cooperation by the community while pitting the speed of the buffalo running in the wetlands by pulling a lampet (a leveling tool). In its development, Makepung eventually became a distinctive tradition of the Jembrana community which still preserved and it has even became a Jembrana Icon,  therefore, the Regency of Jembrana is also known as the earth of Makepung (Bumi Makepung)

Today, Makepung with all its attractiveness and uniqueness, it has been packaged as one of the mainstay tourist attractions of Jembrana Regency, in the form of the Makepung race which is held routinely every year, from July to November. There are 9 competitions in 6 different locations which are carried out every year, on Sundays every 2 weeks. From 9 times the Contest, there are 2 contest of Makepung which is held royally namely the Regent Cup in August and the Governor Cup in November. The other interesting in the Makepung race are buffaloes and trains or carts that are decorated attractively with a variety of beautiful and attractive traditional Balinese ornaments and accessories, including Jockeys who also use traditional Balinese clothing. In each race, the number of participants reach 500 pairs of buffalo divided into 2 teams and 4 classes. The Makepung race is also enlivened by staging traditional arts, especially Jegog Art which is the mascot of Jembrana Regency in the field of arts. In addition to the entertainment, the music of Jegog is also intended to accompany and encourage participants of Makepung race. it will be taken place on Nopember, 12th till 13th, 2022. 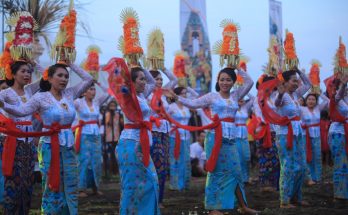 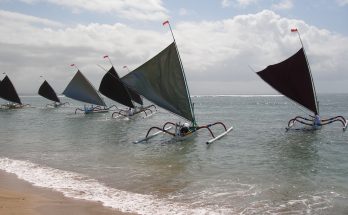 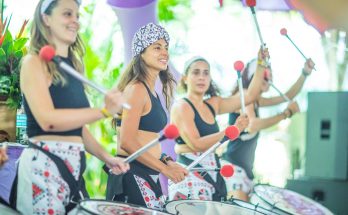 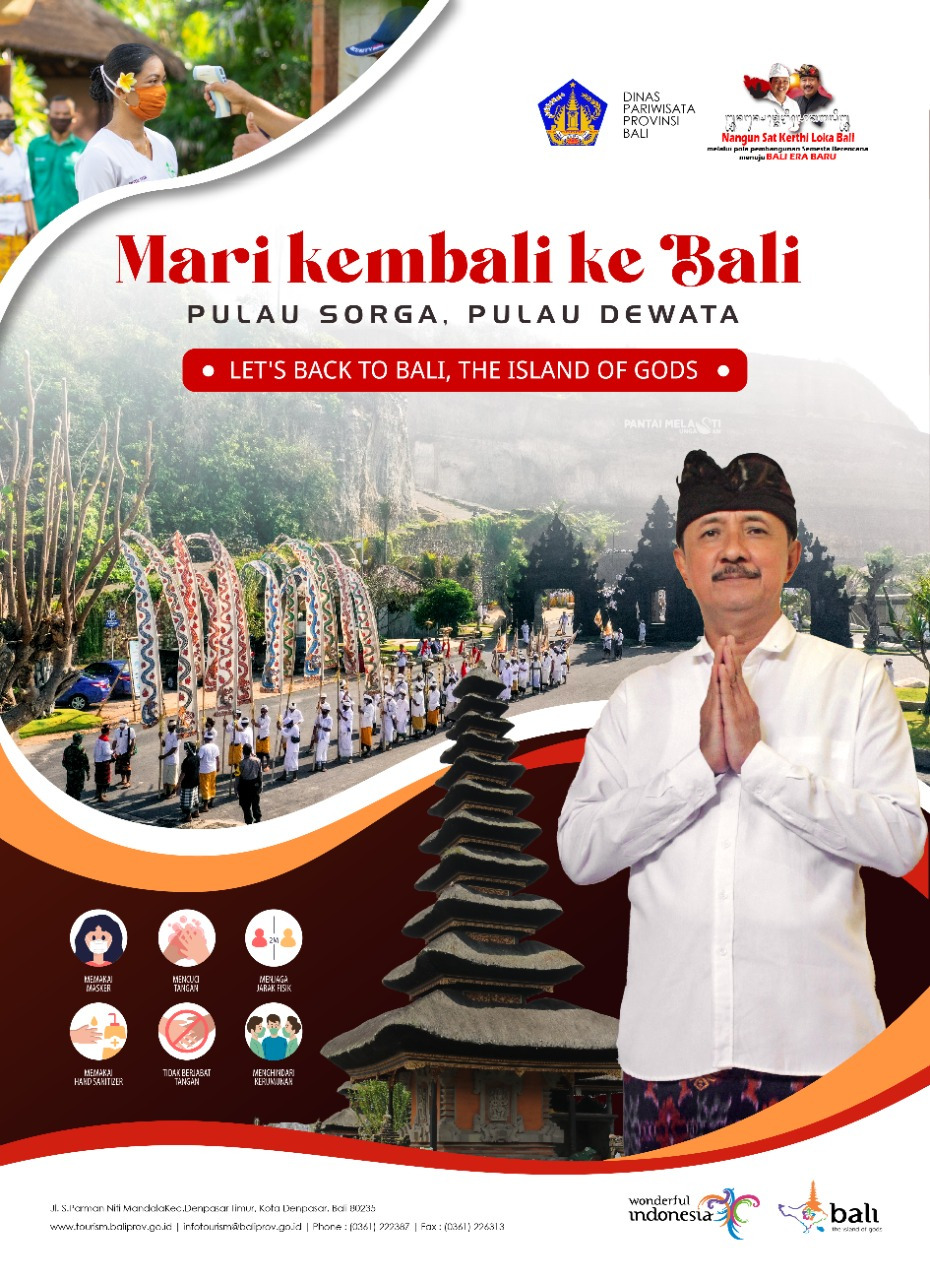 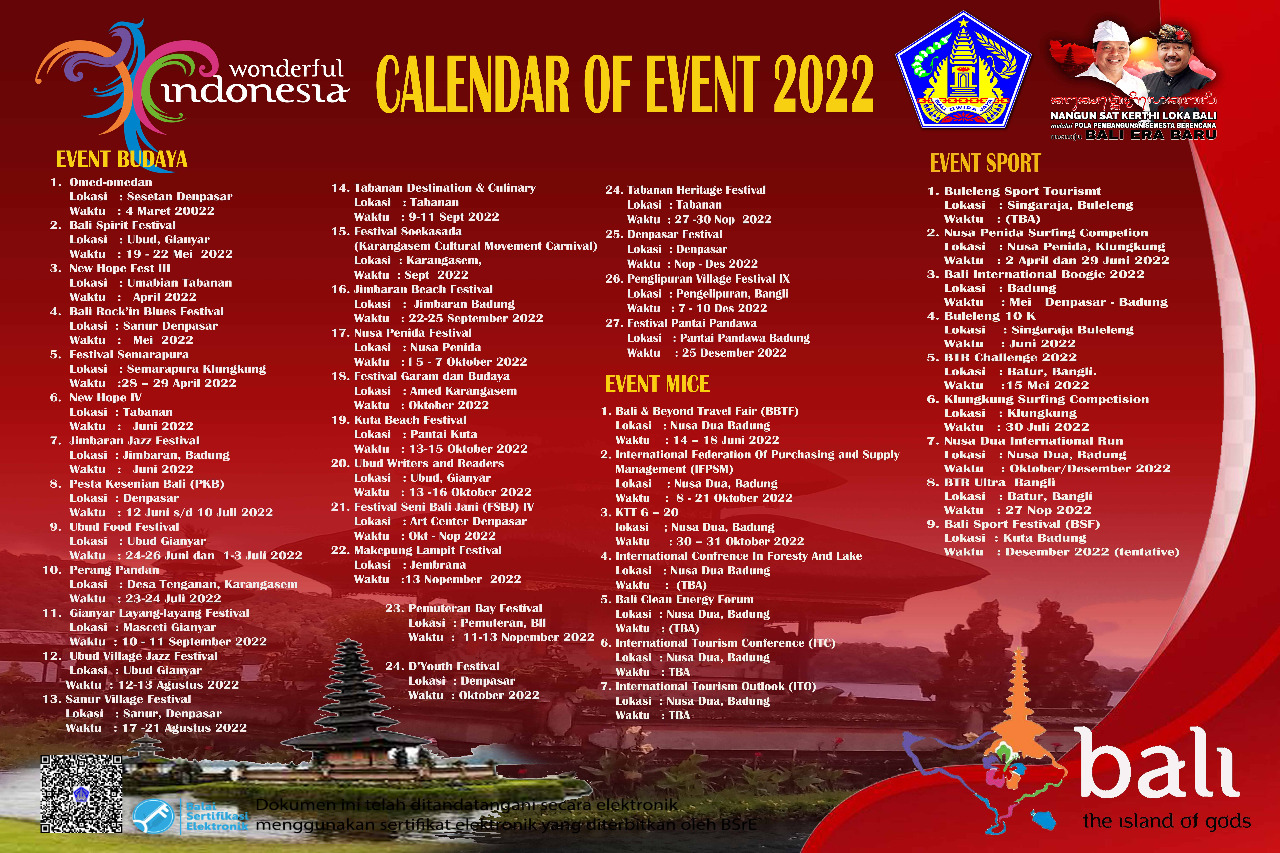